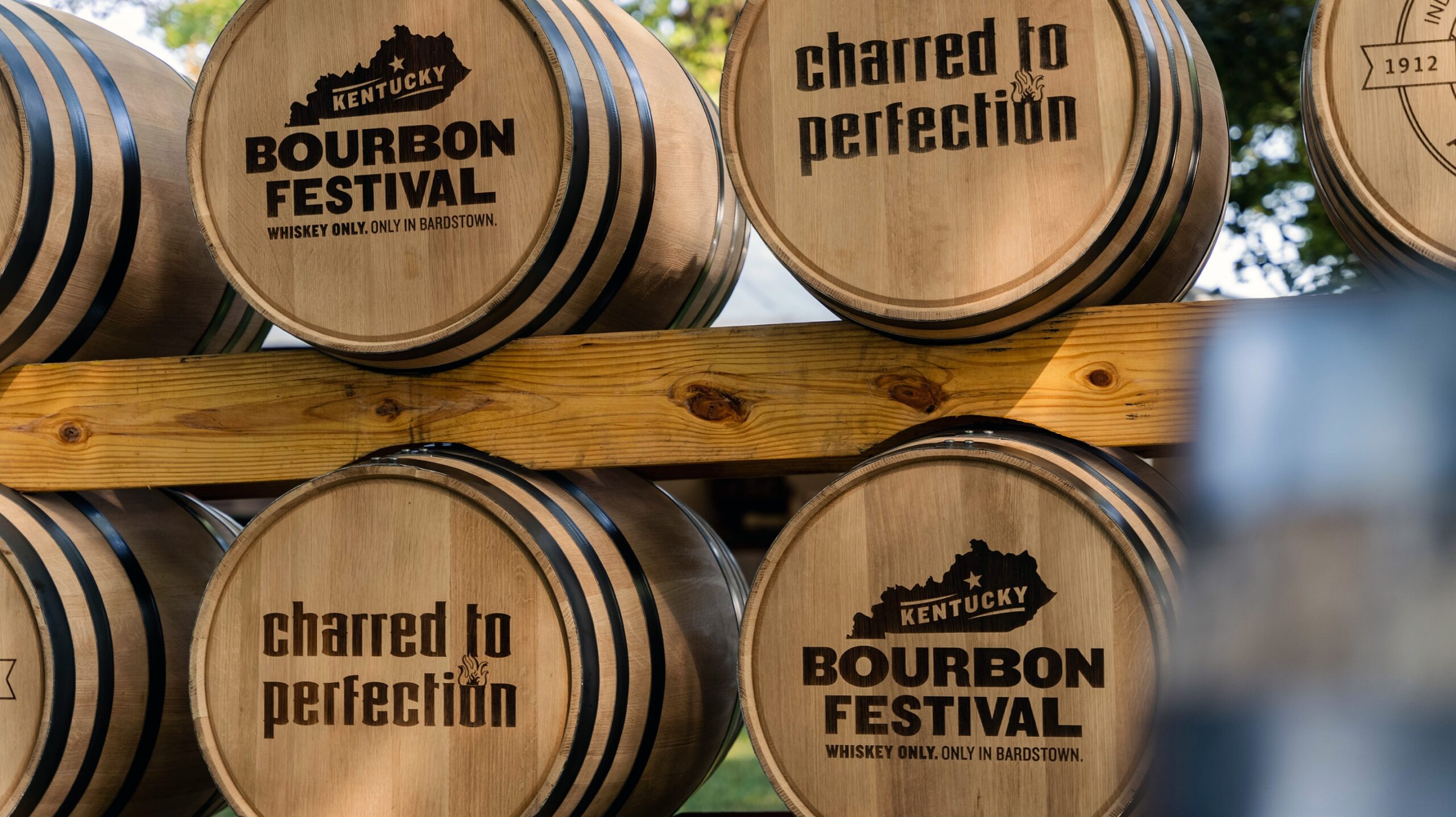 The Kentucky Bourbon Festival has, for more than 30 years, been a showcase of some of the nation’s finest and most well-known Bourbon producers. Its home is the Bourbon Capital of the World, Bardstown Kentucky, where many heritage brands are found. The festival and its distillery partners wanted to expand and sought more brands and more exposure to a wider audience. One of 20nine’s Creative Directors, one-time Kentucky local Tracey Williamson, connected with the festival through her time in Bardstown and began work to bring some new and exciting life to its creative and social media presence. In 2022, Tracey introduced the Kentucky Bourbon Festival to the 20nine team with the goal of helping its organizers reach that wider bourbon enthusiast audience and increase attendance beyond its usual borders, while maintaining aesthetic credibility.

We started with the Festival’s existing logo and expanded from there, incorporating the visual characteristics of imperfect vintage letter press posters and Southern signage, which reflects the appeal of Bourbon’s character-filled imperfection. Our design team leaned into a more saturated version of the existing color palette, modernizing it while retaining its legacy, landing on Flag Blue, Rye Gold, Charred Orange, and Wax Seal Red. With this foundation in place, we built a complete visual system and brand style guide from which we created video and digital assets as well as posters, print ads, swag, wrist bands, tickets, maps, social media campaigns, barrel heads, event signage and accompanying strategy to engage and activate interest..

The event sold out it’s premium tickets in a matter of hours, and the full attendance of more than 5,000 was sold out before gates opened in September. The festival was heralded as the best to date in its 31-year history. 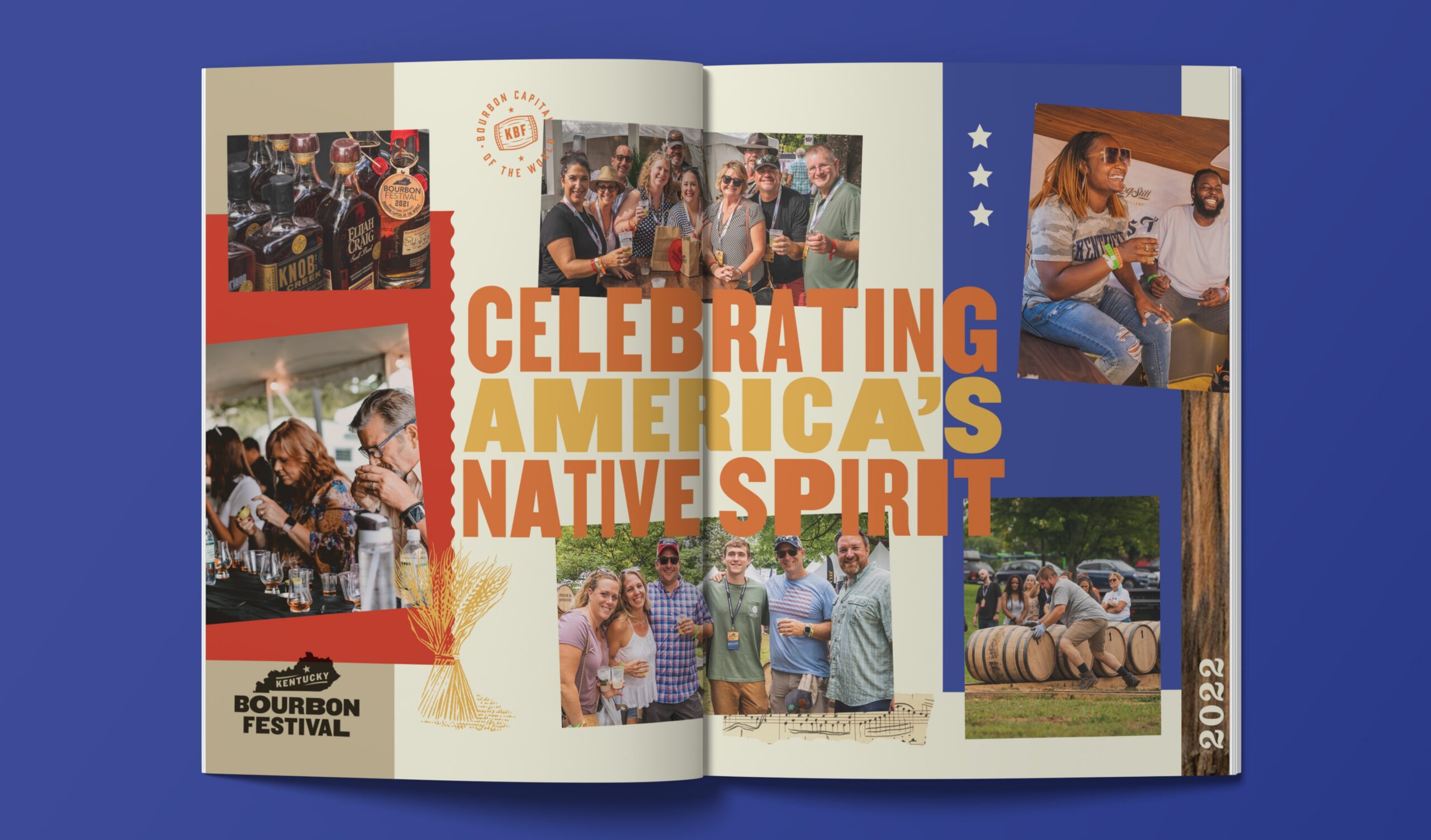 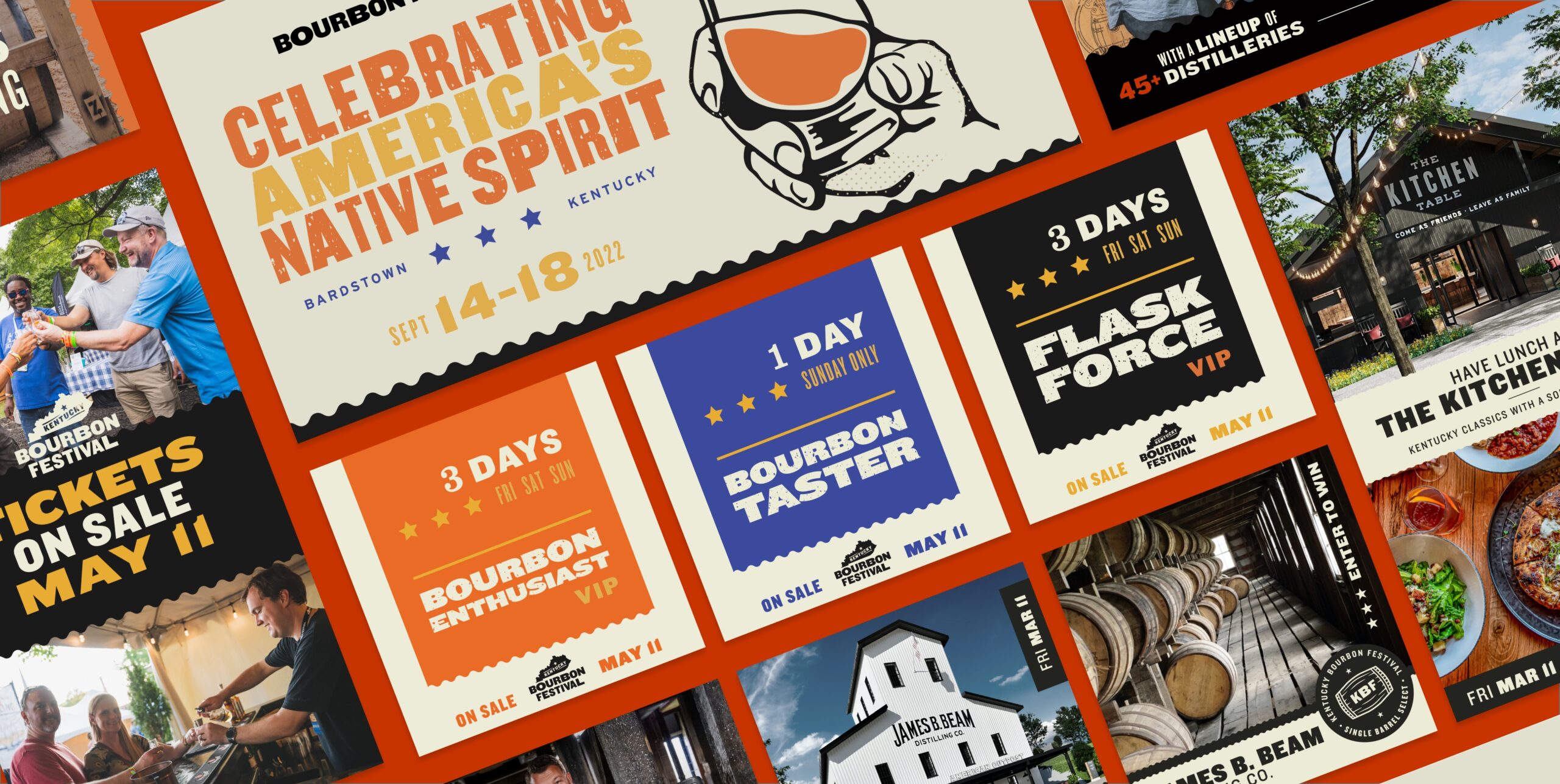 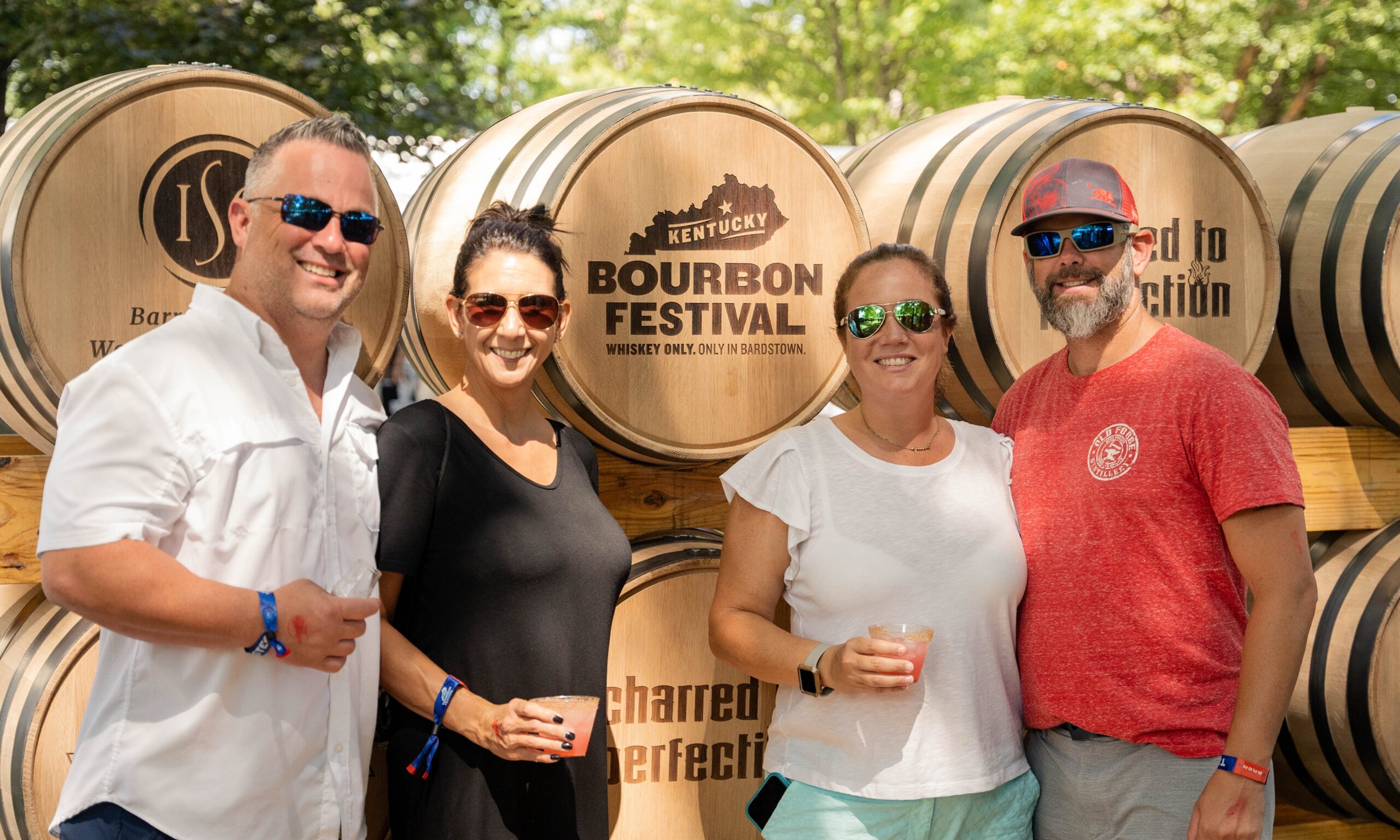 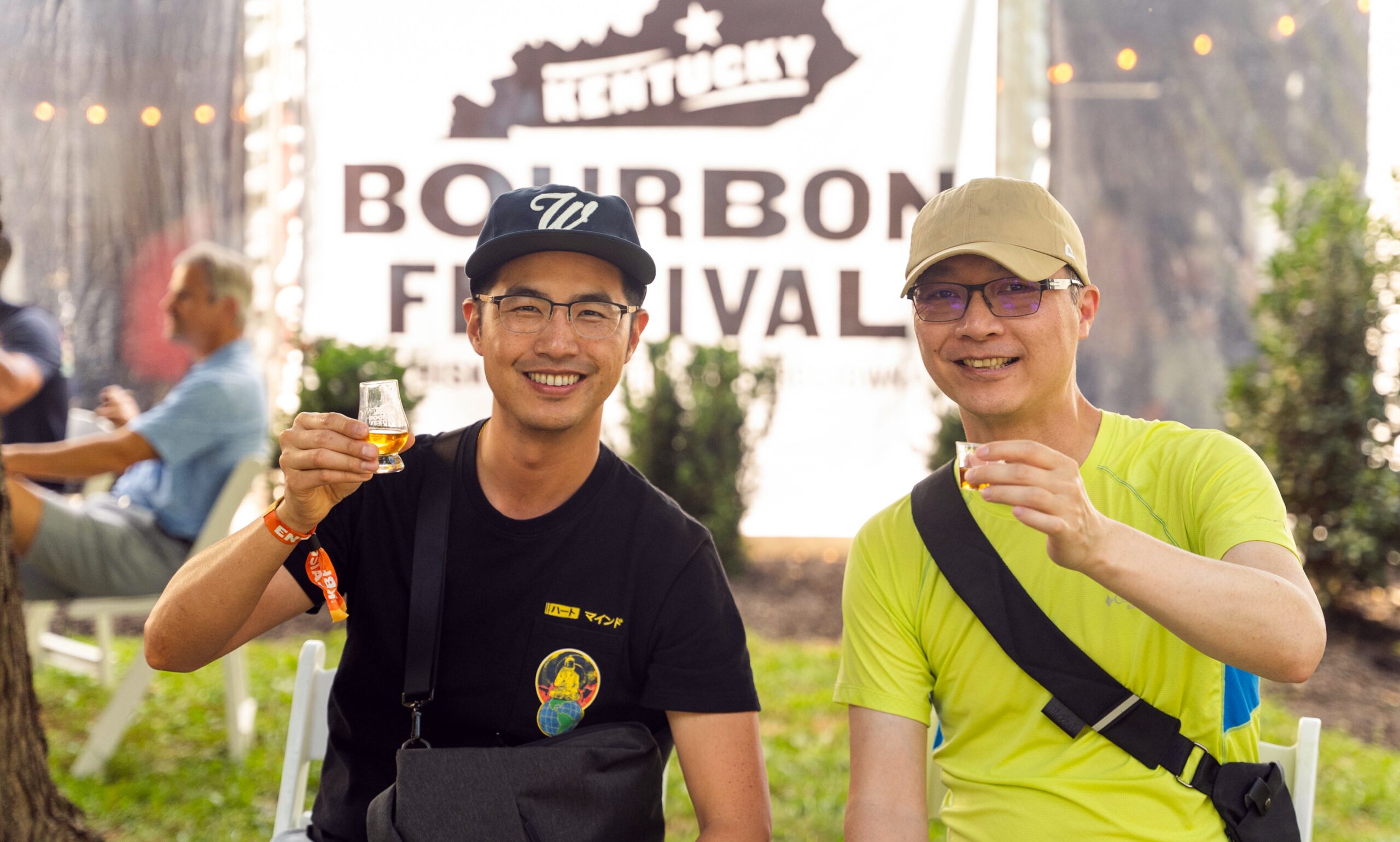 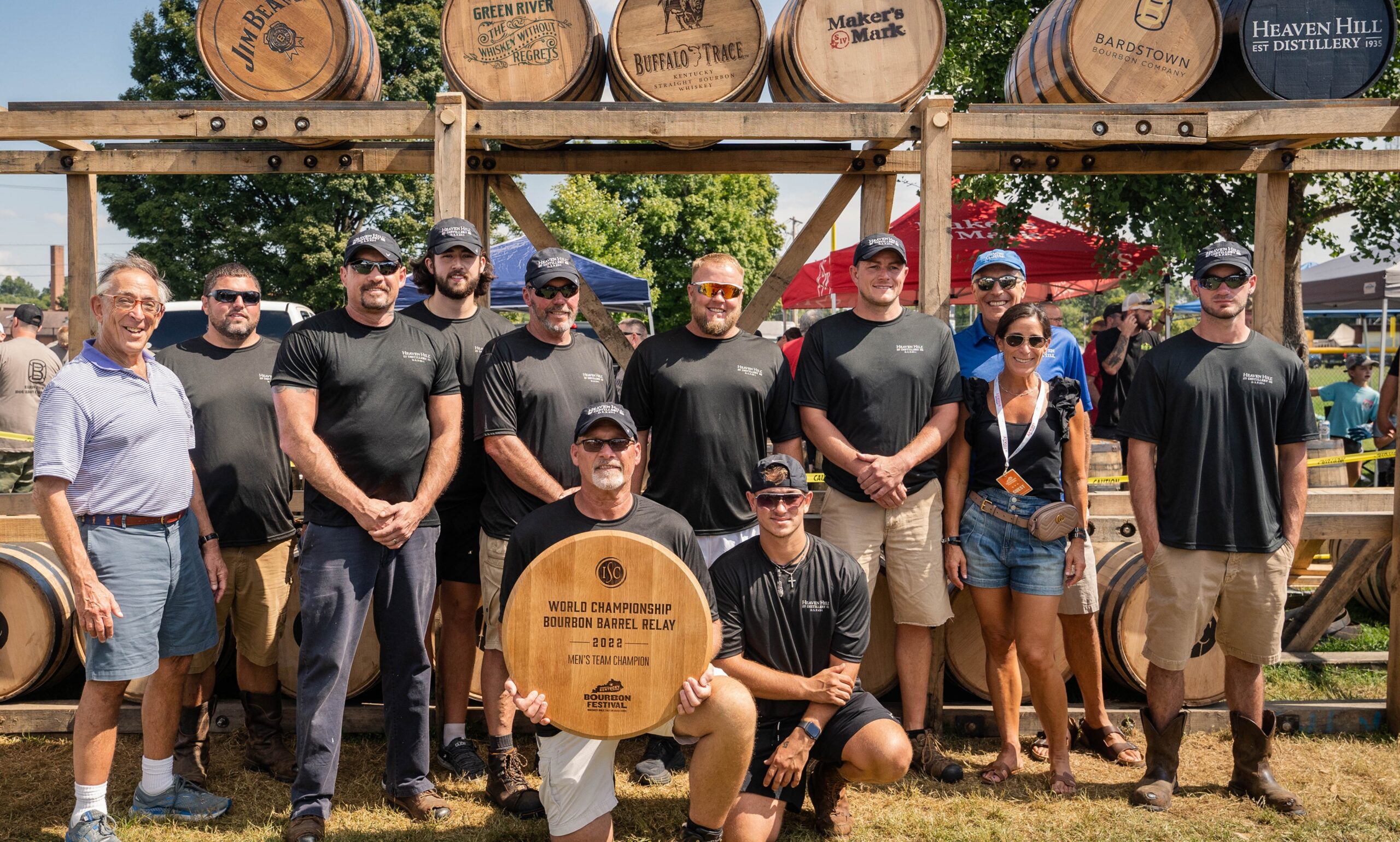 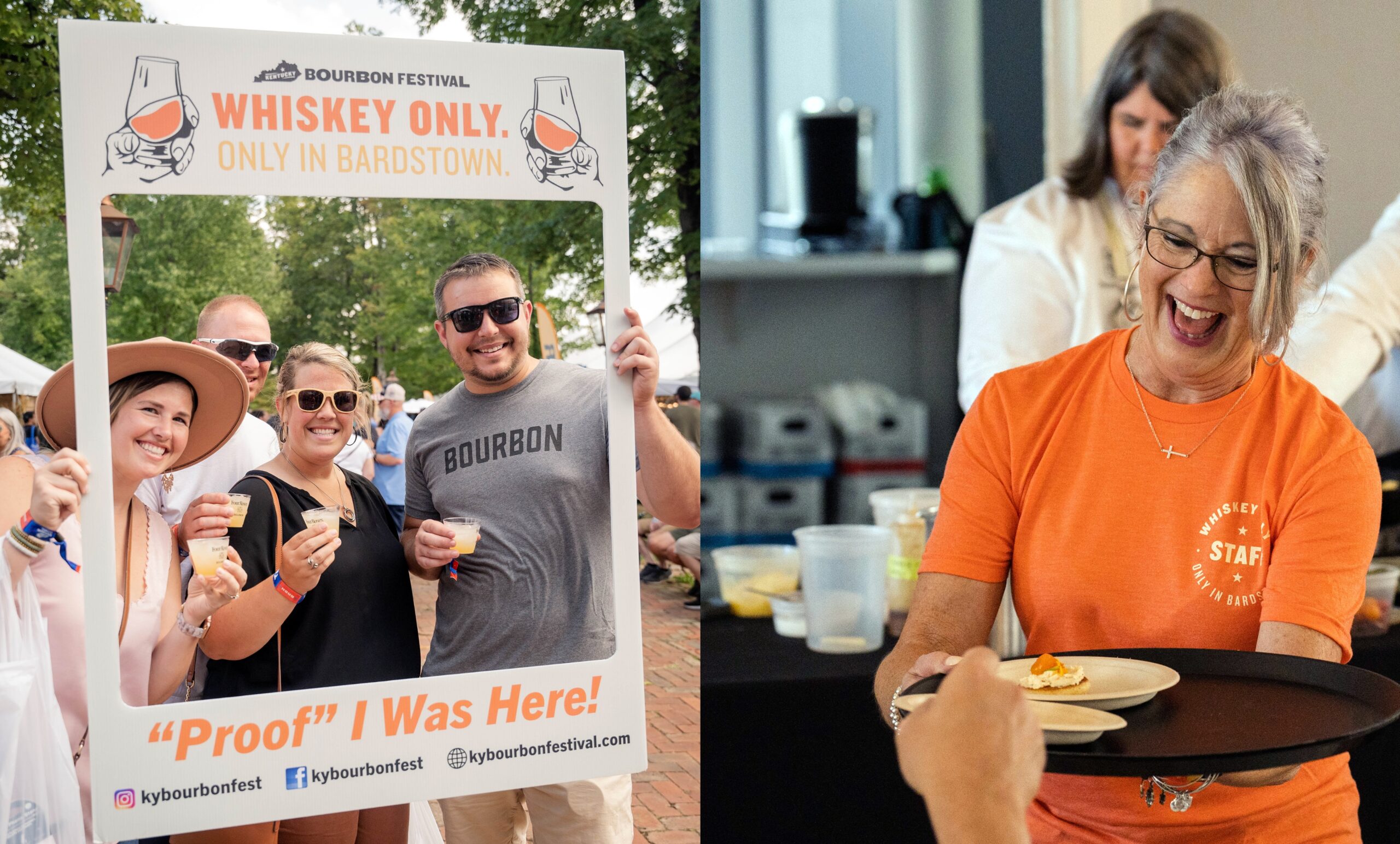 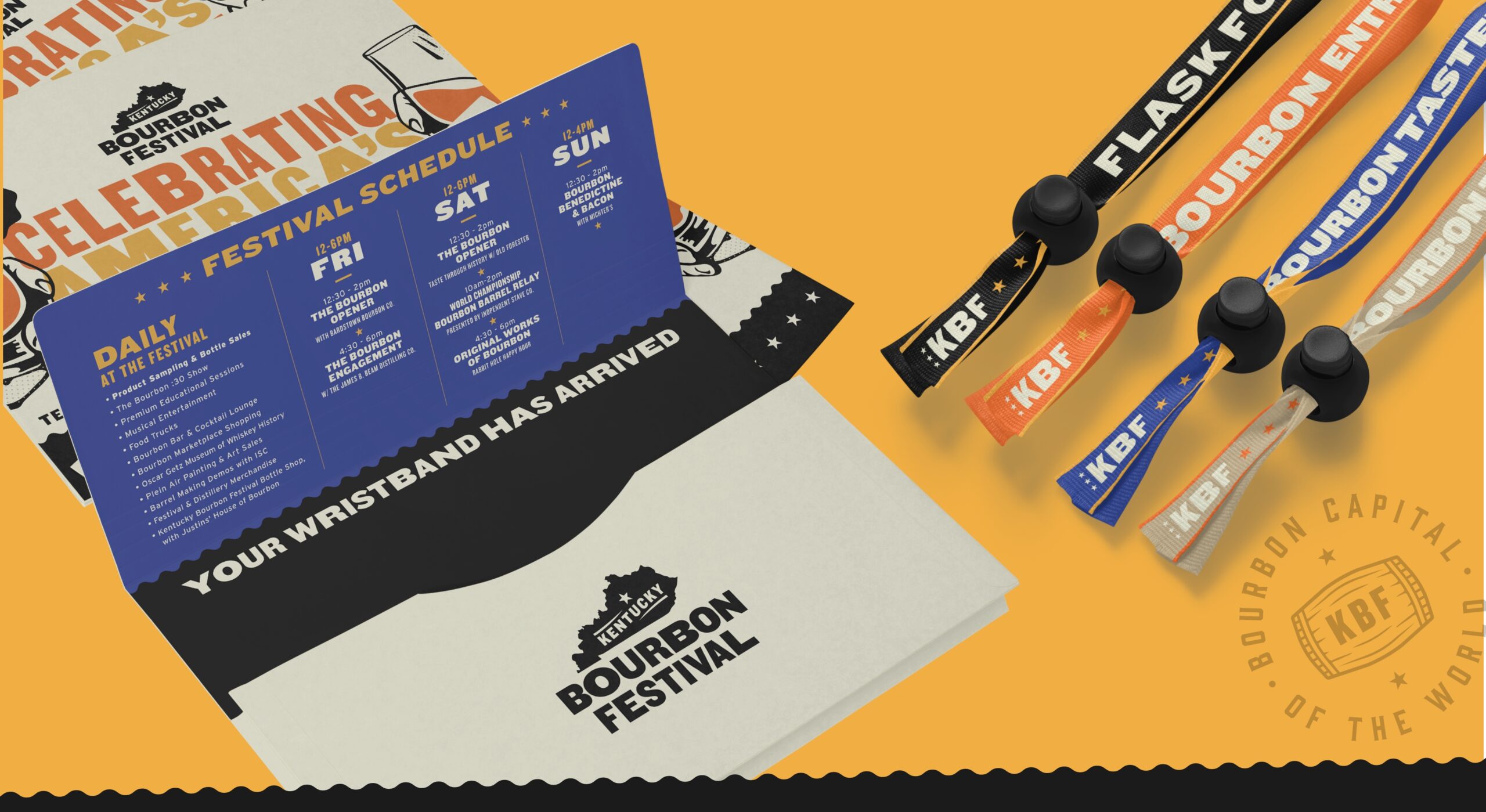 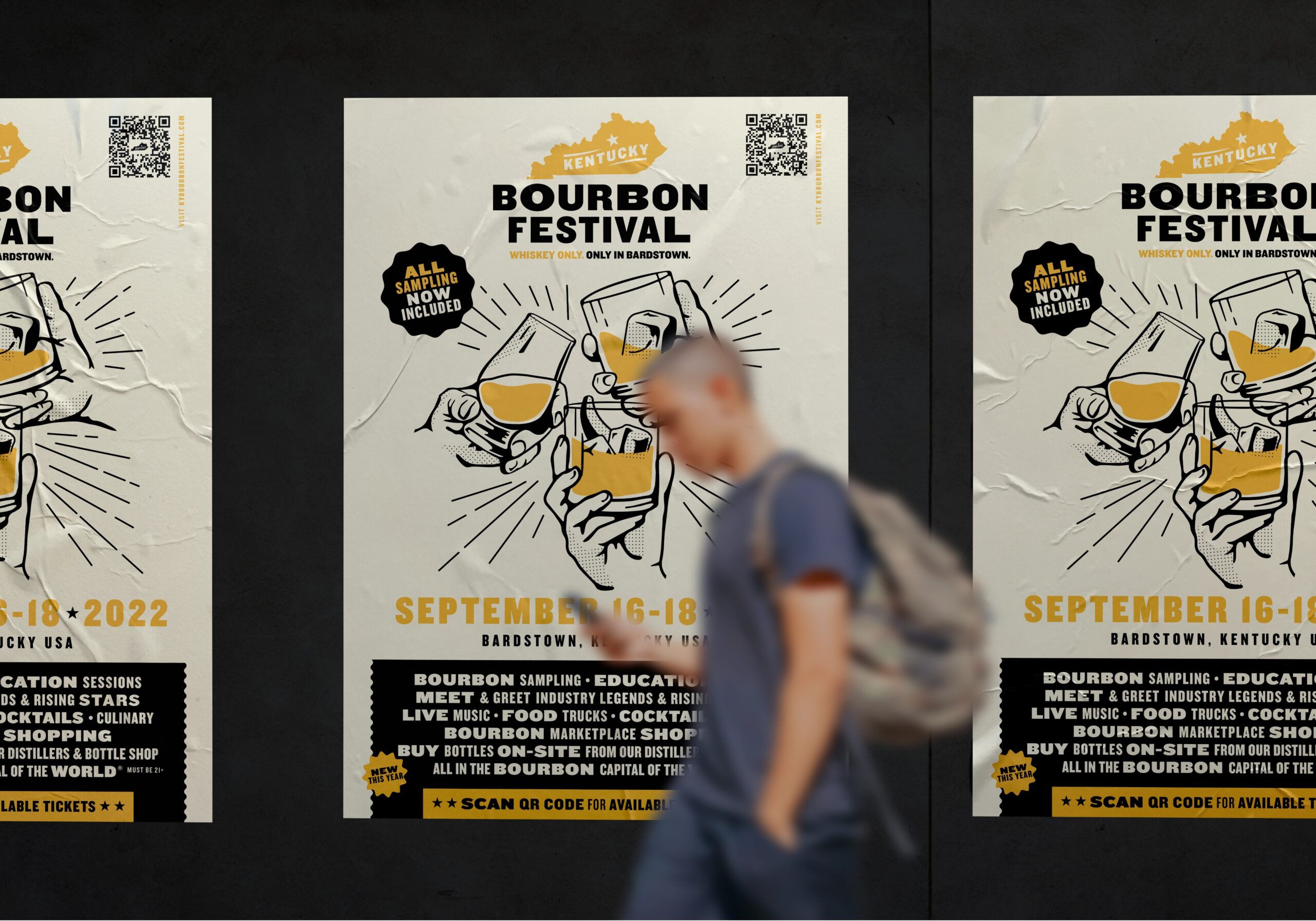 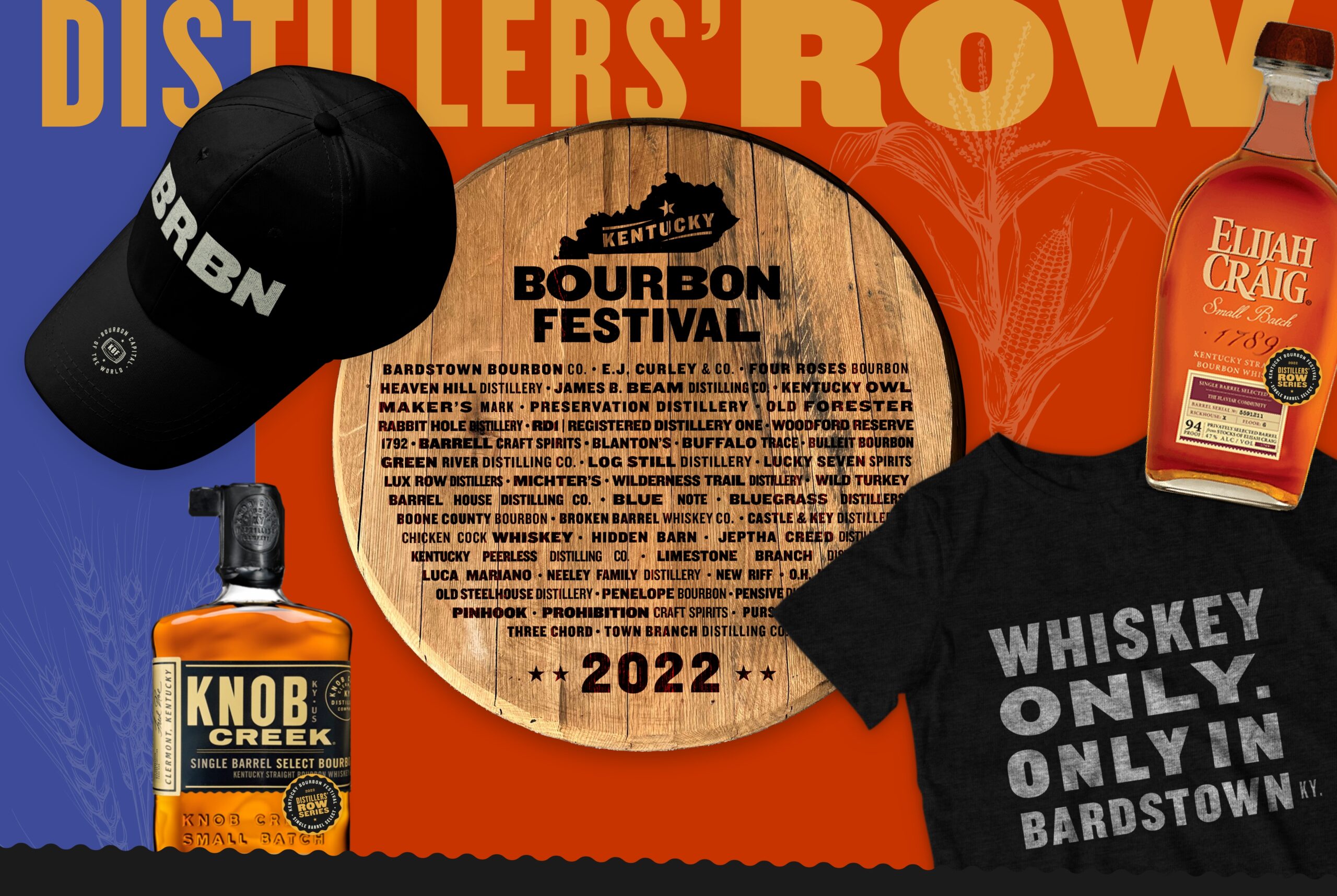 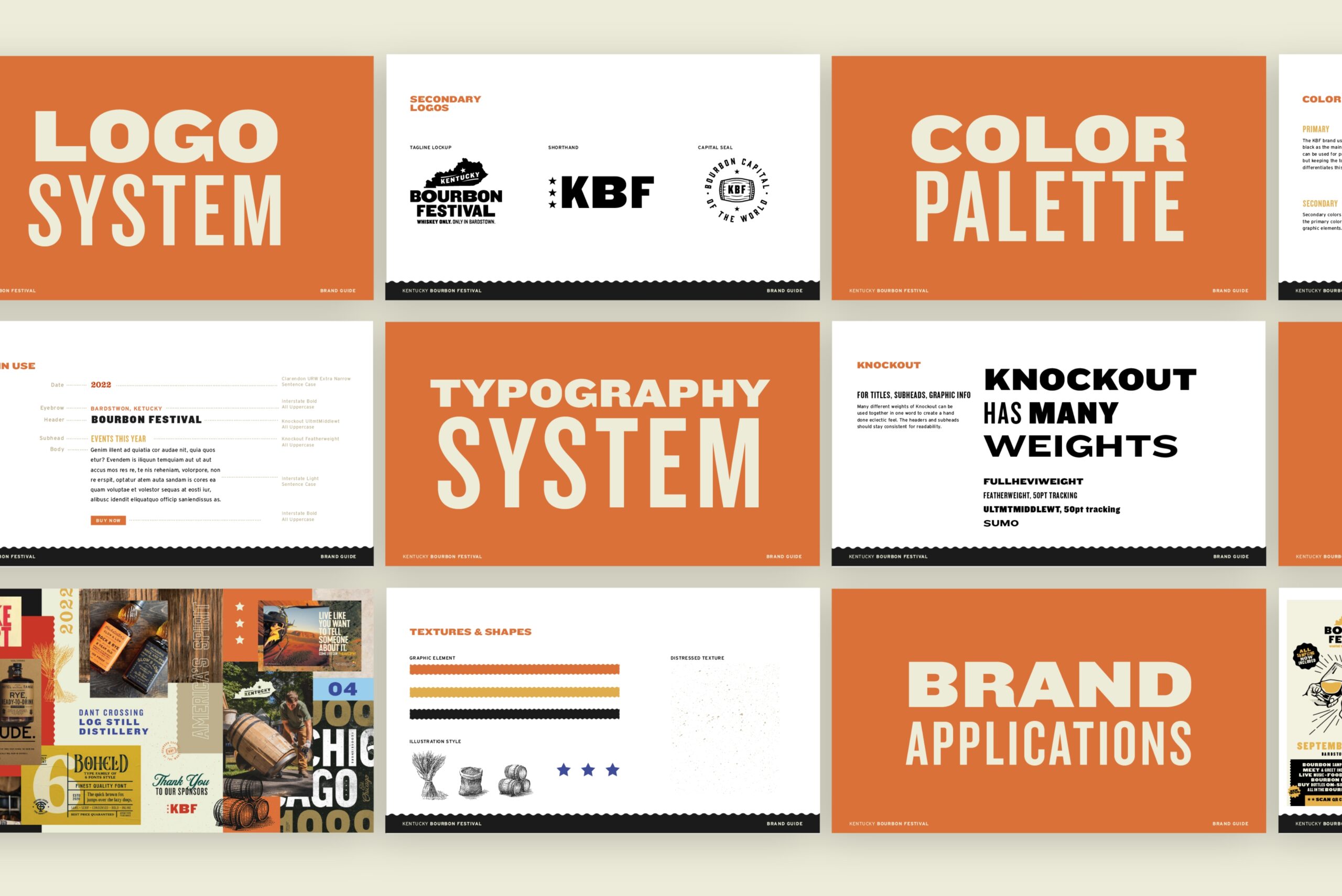