Our engagement with the Philadelphia Flyers started with a solid objective: creating a unique, inspiring, and fan-centric visual system for the Flyers’ upcoming season. Through our Discovery and Immersion process, we dug deep and sought out to create an experience—something that really played up the tenacity of the team, the speed of the young players, the intensity of the game, and the rowdy spirit of the Flyers' die-hard fan base.

We created a killer cross-platform campaign, building a modern and powerful visual system that we could thread through the entire season. Part of that strategy included using bold, high-impact portraits of the players, which we had the opportunity to shoot onsite with the team. These shots highlighted the intense expressions and emotions of the players, versus the typical full-body action shots we're so used to seeing.

We were pumped to have the opportunity to work with the Flyers on their season graphics. The campaign has garnered thousands of posts, photos, retweets, likes and favorites on social media, and has enabled The Philadelphia Flyers to expand the reach of the exciting new season to the City of Brotherly Love and beyond. 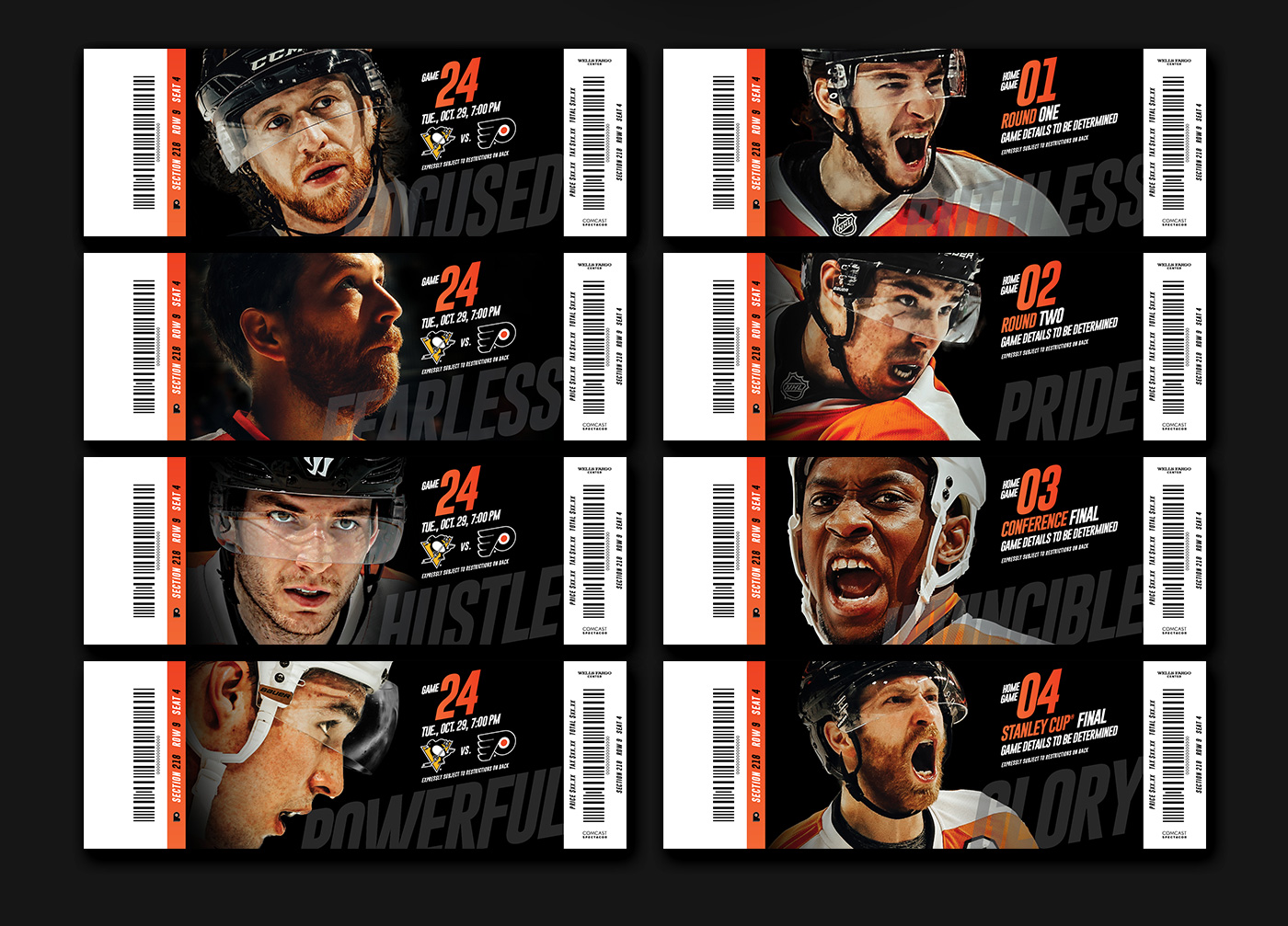 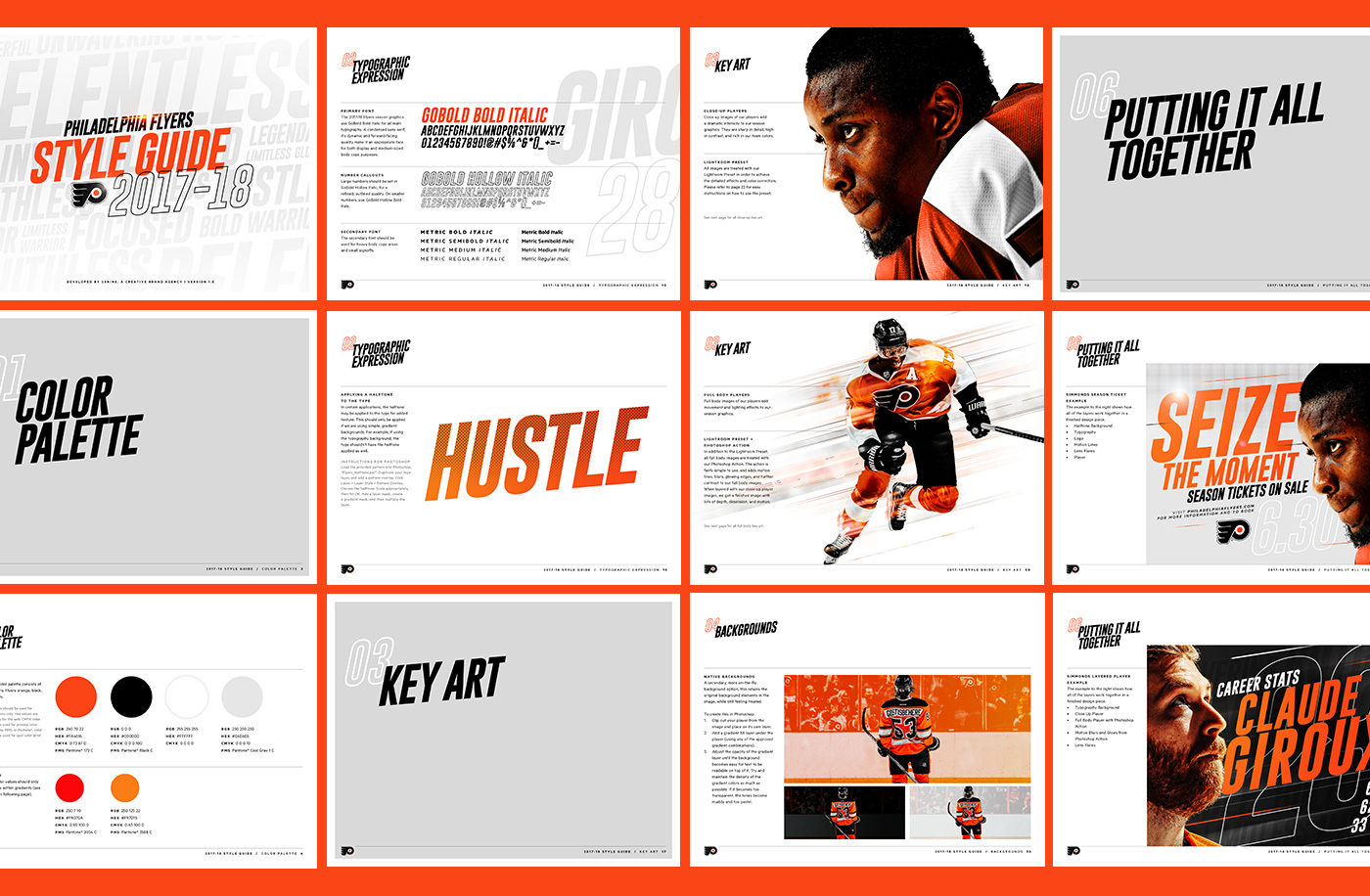 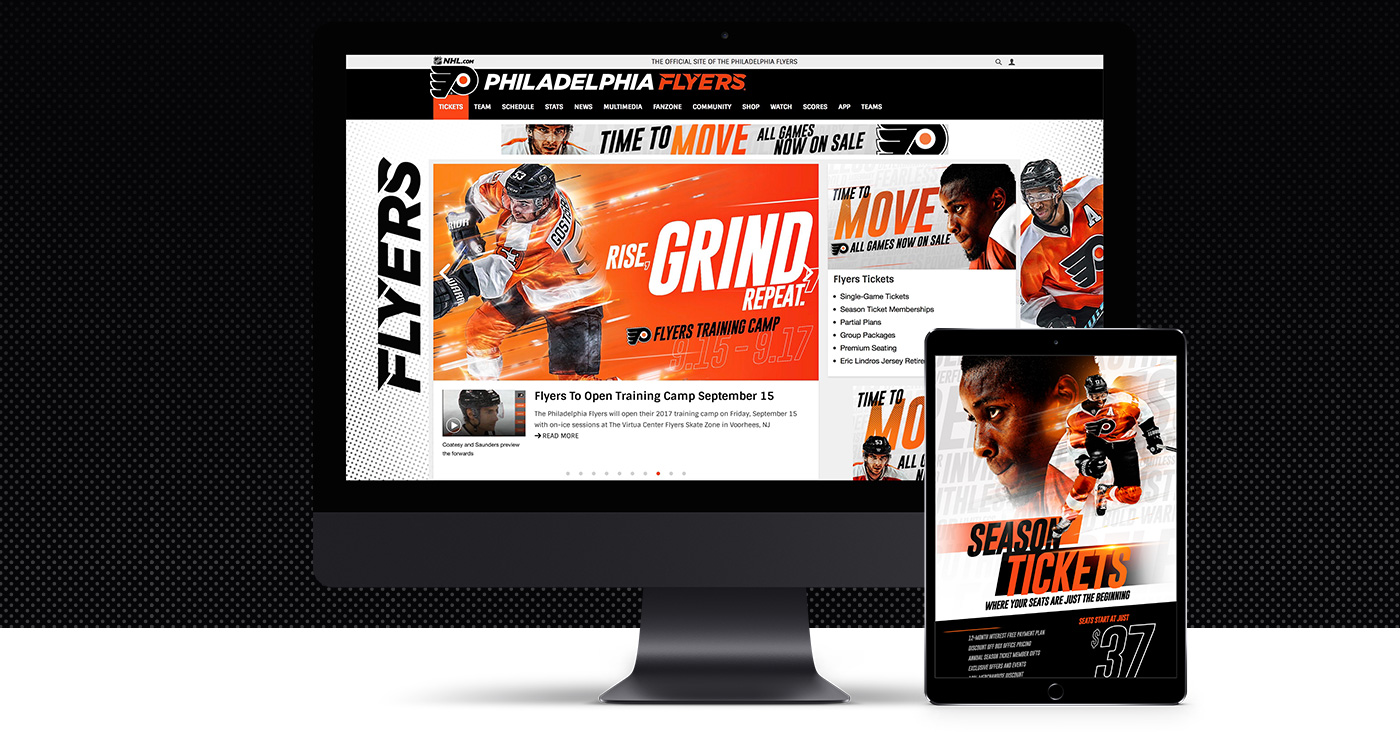 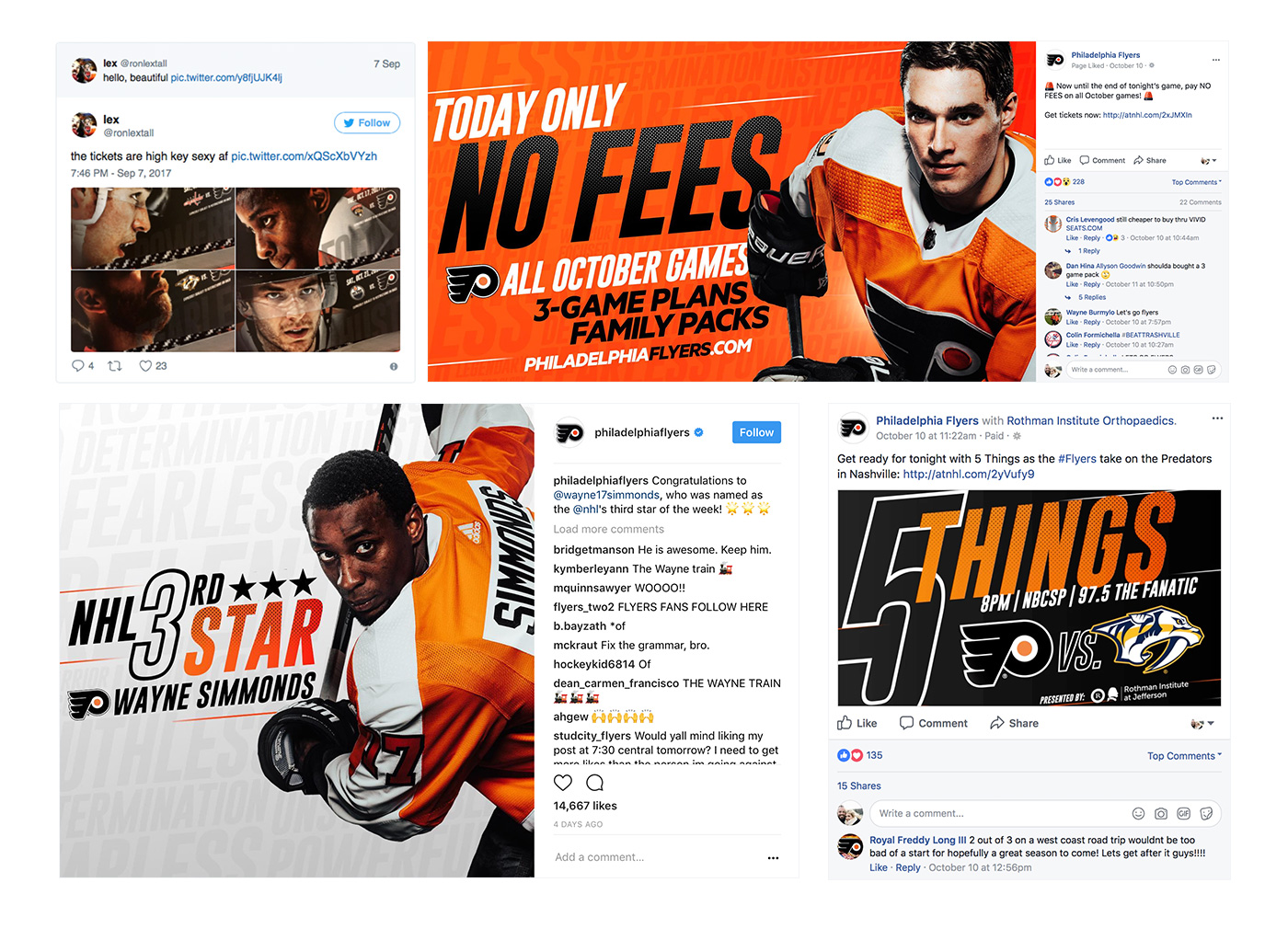 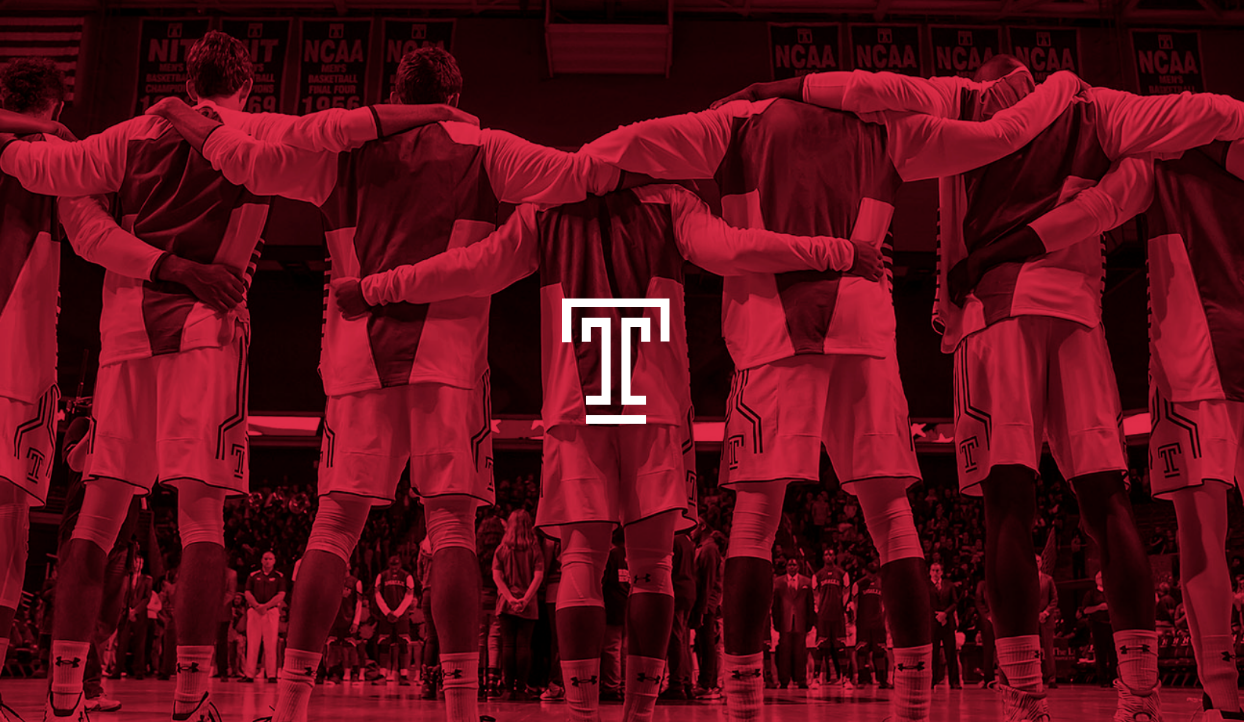